Shot on iPhone 6S: when an adv campaign becomes a world photo exhibit

Last year Apple launched the successful “Shot on iPhone 6″ campaign to highlight the camera’s potential for the new generation of iPhones. The campaign, which included a range of subjects, from landscapes to close-ups, was a true success, winning one of the top prizes at the Cannes Grand Prix Festival 2015. Apple rebooted the campaign this past June, featuring 53 new images, taken with the iPhone 6S by 41 different amateur and professional photographers from around the world. The new posters by TBWA\Media Arts Lab, focus on colorful portraits, people and landscapes. They are everyday scenes which show how the new 12-megapixel iPhone 6S camera can stunningly capture life’s moments. As Apple states on its website, “Take a selﬁe worthy of a self‑portrait”. 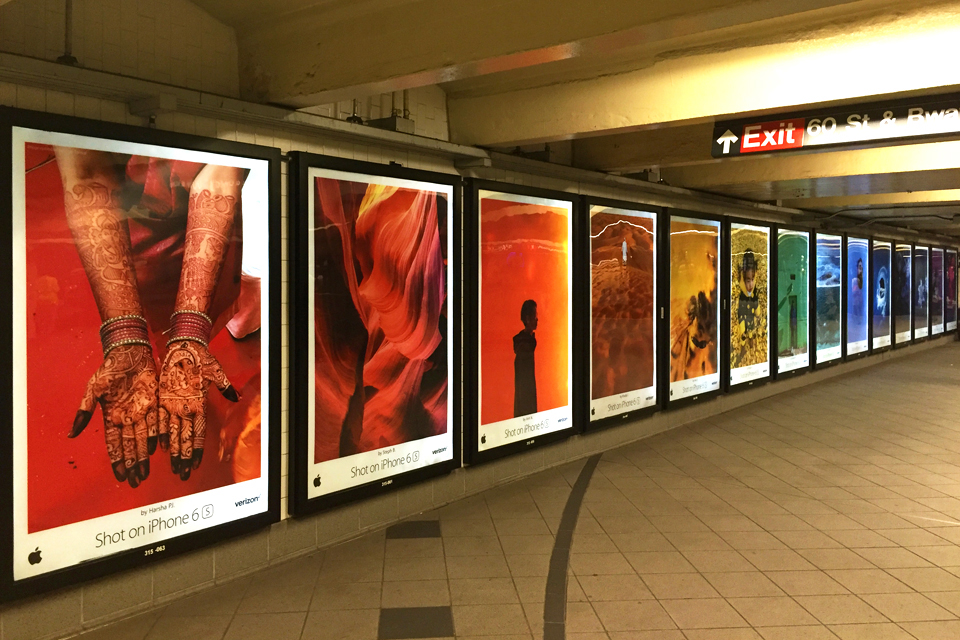 Everyday, worldwide, we share over 1.8 billion photos through our smartphones, so camera quality has become an important feature for users as well as a strategic and competitive factor for smartphone producers. Apple showcases the camera’s abilities by using beautiful photographs taken by customers with an iPhone 6S on large-scale billboards and posters. The photographs were originally part of a social media and website contest but transformed into a marvelous campaign based on the idea that with the right camera everyone can take great photos. It is a simple, yet a clever concept, where users do the marketing while creatively photographing their amazing moments.

The new campaign chooses a human approach, where vibrant reds, oranges, yellows, blues, purples, and greens make the photo subjects stand out and the humanity of the scenes and people leaves a lasting impression on the viewer. Each photo, or combination of photos, are carefully chosen depending on the location of where they are placed. Paul Belford, the founder of agency Paul Belford Ltd, observed “it isn’t just a great example of poster advertising, it also improves our urban environment… and brightens the viewer’s day by its presence”. The Apple logo occupies a small space since the goal of the campaign is to feature the photography, which is effectively completed by the brief, yet meaningful tagline “Shot on iPhone 6s”. The final images, when integrated into city environments, creates not only a compelling outdoor advertising campaign but an urban art exhibit as well. The campaign can be seen in 26 countries around the world, including the U.S., U.K., Australia, Italy, Turkey, Russia, UAE, Brazil, Colombia, Mexico, Japan, India, China and Thailand. 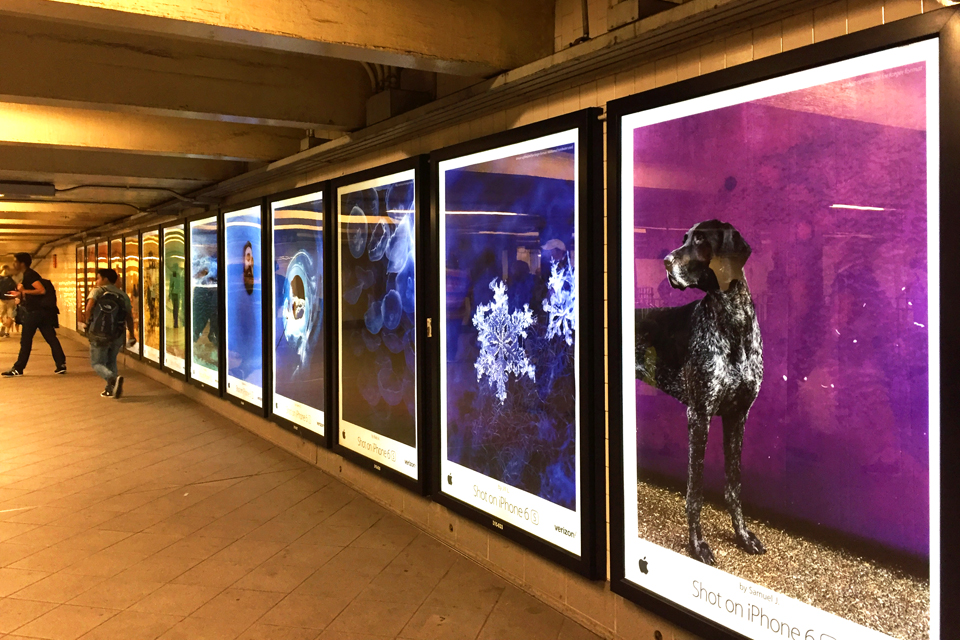 In the new media era, where a big slice of advertising budget has moved from offline press, poster, and TV to online channels, the new collection of photos featured on billboards and posters in 85 cities around the globe, demonstrates how including traditional media into the communication mix can still lead to effective results. The integration of multiple communication channels is needed in order to maximize the impact of a message on a target audience. Therefore, cross-channel and content strategies are absolutely vital for marketers who want to drive business growth.

As with any successful initiative, funny and unlikely parodies have popped up and they “blend” into the series of recognizable shots by Apple (http://alsoshotoniphone6.tumblr.com/). These hilarious selfies of people demonstrate how memorable the campaign is. Even when the Apple images are switched with parodies it still has the capacity to make an impression on viewers. Whether we will remember the funny faces (I am joking) or the curated shots, the goal of Apple’s advertising campaign has been achieved, since you most likely captured a moment of your day with your iPhone.